Never get so busy making a living ……that you forget to make a life.

In 2007 we lived in Tuscany for a year, but for the month of September, we stayed in a small fishing village called Noli, which is on the coast of Luguria Italy in the Province of Savona.

It was beautiful, but what I loved the most was their lifestyle. They cooked slowly, ate slowly and savoured every mouthful. They strolled easily in the streets, making time to speak and acknowledge each other. They closed their shops at 1pm each day and were always generous and welcoming.  They taught us to slow down, they taught us how to live. The story below has been around awhile, but the message is still the same.

Slow down…Happiness is trying to catch you… 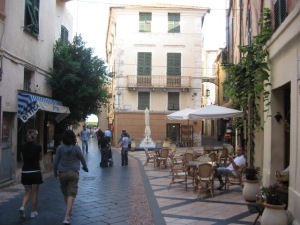 There was once a businessman who was sitting by the beach in a small fishing village.
As he sat, he saw a fisherman rowing a small boat towards the shore having caught quite few big fish. The businessman was impressed and asked the fisherman, “How long does it take you to catch so many fish?”
The fisherman replied, “Oh, just a short while.”
“Then why don’t you stay longer at sea and catch even more?” The businessman was astonished.
“This is enough to feed my whole family,” the fisherman said.

The businessman offered a suggestion to the fisherman.
“I am a PhD in business management. I could help you to become a more successful person. From now on, you should spend more time at sea and try to catch as many fish as possible. When you have saved enough money, you could buy a bigger boat and catch even more fish. Soon you will be able to afford to buy more boats, set up your own company, your own production plant for canned food and distribution network. By then, you will have moved out of this village, where you can set up HQ to manage your other branches.”

The fisherman continues, “And after that?”
The businessman laughs heartily, “After that, you can live like a king in your own house, and when the time is right, you can go public and float your shares in the Stock Exchange, and you will be rich.”
The fisherman asks, “And after that?”
The businessman says, “After that, you can finally retire, you can move to a house by the fishing village, wake up early in the morning, catch a few fish, then return home to play with kids, have a nice afternoon nap with your wife, and when evening comes, you can join your buddies for a drink, play the guitar, sing and dance throughout the night!”

The fisherman was puzzled, “Isn’t that what I am doing now?”

They are in NOLI! 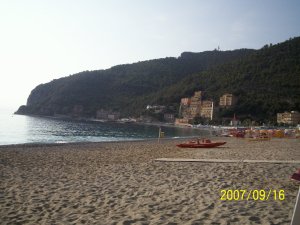