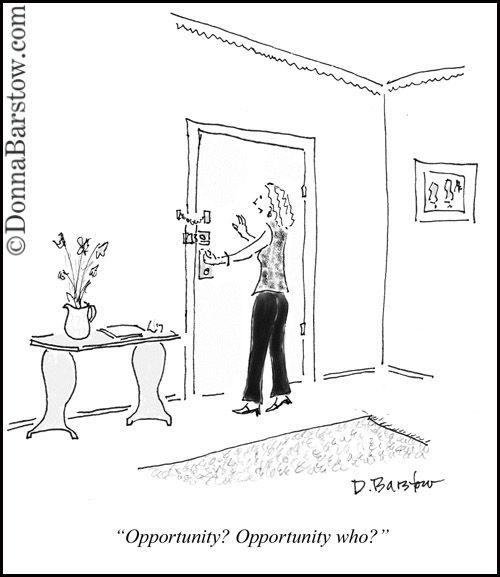 “The Chinese use two brush strokes to write the word ‘crisis.’ One brush stroke stands for danger; the other for opportunity. In a crisis, be aware of the danger, but recognize the opportunity.”  John F. Kennedy

So he asked his men to put a big stone in the middle of the path. He then changed his identity and hid behind a tree to observe the movements and the reaction of his people.

Many people went through the path.

Some wealthy merchants saw the big stone, but simply walked the other way. Other people saw the stone and instead of trying to move it, complained to the King and then blamed him for not keeping the path clear. No-one tried to move the big stone.

The King was really shocked  by his people and their reaction. Suddenly a vegetable vendor who was carrying a heavy load on his shoulders, saw the big stone in the middle of the path and stopped to see what he could do.

He tried to move the stone, but it was very heavy. After some time and with great effort, he moved the stone to the side the of the road. The King was astonished with his effort and kindness towards others. When the vegetable vendor bent down to lift up his load, he saw a small bag. When he opened the bag, he found many gold coins and a note that said his money was a reward from the King for using a crisis as an opportunity to help others and himself.

As we embark on the year ahead, let’s remember every experience we have, good or bad, every door we see, open or close; is an opportunity for us to learn, and to choose how we use these experiences to help others and ourselves.

Opportunity is present in every experience.

Happy New Year everyone! and may we take every opportunity that is given to us…